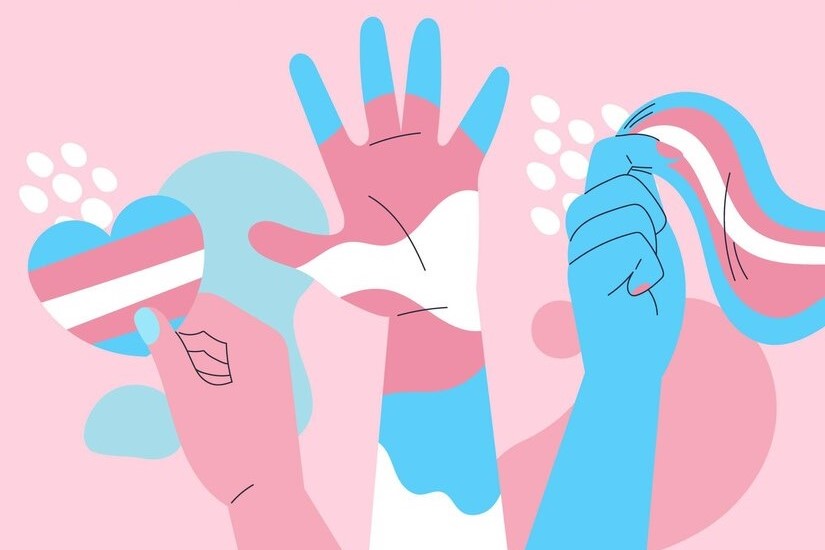 (NB: there is a glossary of terms at the end of this blog, if you’re unsure what anything means)

Co-Production Collective is a co-production community where everyone is welcome. We focus on amplifying the voices of those who want to be heard, including those who are often ignored or excluded, helping to ensure that we can be equal partners in the decisions that will affect our lives.

We are based at University College London (UCL), who, as you may be aware recently announced that it was not going to re-join Stonewall’s Diversity Champions Programme or make a submission to the Workplace Equality Index (these programmes support organisations to strengthen inclusion for the LGBTQ+ community).

This decision was made behind closed doors by the UCL Academic Board (a committee primarily made of senior leaders who advise on UCL’s approach education, teaching and research). It was made in opposition to the Equality Diversity and Inclusion (EDI) committee (responsible for ensuring that equality and diversity are integral to UCL’s learning, research, working and social environment) and many other UCL LGBTQ+ committees. The decision is based largely on concerns around upholding academic freedom of speech about sex and gender identity.

Understandably, this has caused many people in the LGBTQ+ community, especially trans* individuals, to feel less safe and less supported at UCL.

Everything we do as Co-Production Collective is guided by our four co-created core values. We are human, we are inclusive, we are transparent, and we are challenging.

This decision – and aspects of the way in which philosophical debates are held on identity and gender more broadly – do not reflect these values. Neither does this approach reflect our commitment to amplifying the voices of those who have historically been excluded from power and decision making. The impact of these debates and decisions do not remain within the walls of academia – they have an impact on people in real life.

For us, true freedom of expression should involve discussing questions around gender and identity in a respectful way, in spaces that are safe to do so. Coming together to address concerns, bridge gaps in knowledge, and learn from other people’s lived experience is possible. However, decisions like this, using the argument of freedom of speech, risk encouraging further discrimination against an extremely vulnerable social group.

The trans* community are one of the most marginalised groups in our society. Studies have shown that:

We believe that the wellbeing and safety of trans* people is not a subject for academic debate.

Our commitment to standing alongside the LGBTQ+ community

We want to reaffirm our commitment to standing alongside everyone in the LGBTQ+ community at UCL and beyond.

We also want to be transparent and recognise that we (the Co-Production Collective team) didn’t challenge ourselves on this issue enough. We reflected on UCL’s decision with each other and our wider team, taking personal action, but didn’t do this with our co-production community until now. For that, we’d like to apologise.

Please continue to challenge us and let us know when we need to step up, be stronger allies and do more to live by our values in our actions.

Co-Production Collective will always strive to be an inclusive and transparent community, challenge discrimination in all its forms, and be first and foremost human - putting people and their lives at the heart of what we do.

If you have any questions, or would like to share your thoughts on how Co-Production Collective can support the trans* community – and continue to champion inclusion and challenge discrimination more widely – then please get in touch: coproduction@ucl.ac.uk

‍Thank you to everyone who contributed to this blog:

Petition calling on UCL to re-join the Stonewall schemes

UCL senior management have published a statement responding to concerns, committing to tackling discrimination and marginalisation, and taking action to understand and tackle inequalities faced by trans* people at UCL.

Empire and Eugenics: Trans Studies in the United Kingdom (Horbury and Yao, 2020)

Lived Experiences and their consequences for health in sexual and ethnic minority young adults in the UK – a qualitative study (Khanolkar et al., 2022)

Trans - an umbrella term to describe people whose gender is not the same as, or does not sit comfortably with, the sex they were assigned at birth.

Academic freedom of speech - the freedom of teachers and students to teach, study, and pursue knowledge and research without unreasonable interference or restriction.